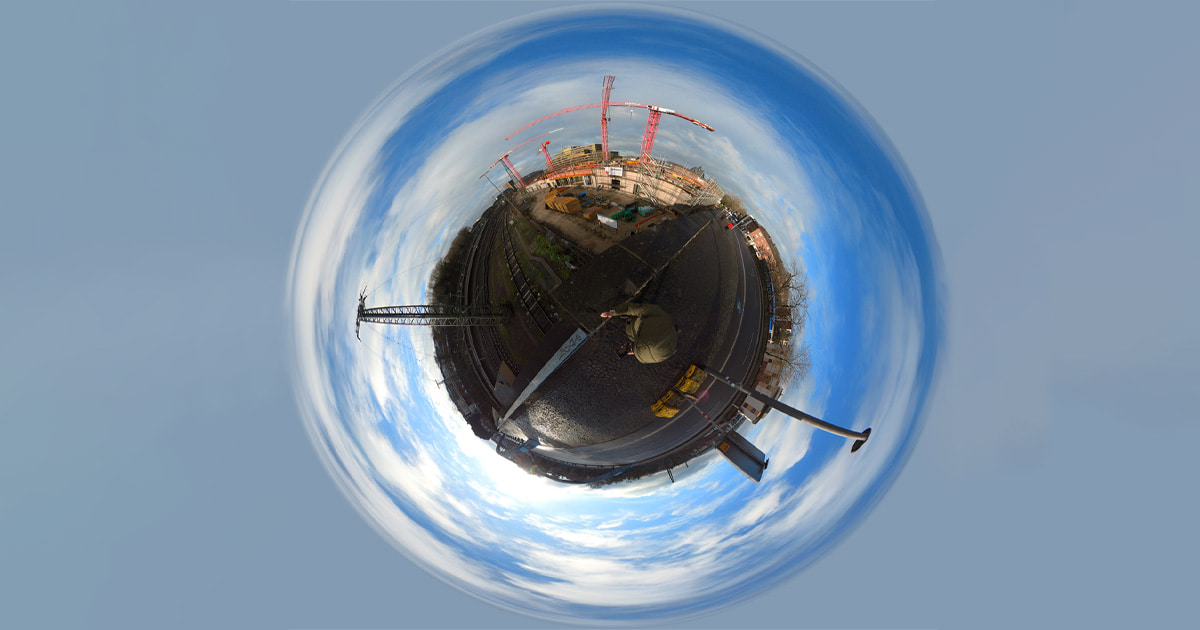 360° Photo vs. Photo Sphere vs. Panorama – What’s the Difference?

The terms 360° photo, photo sphere and panorama are often used inter-changeably, potentially causing confusion. What are the differences between these three photo types and how do they affect your jobsite photo capture process?

The equipment and software tools your team selects to document construction project progress need to capture the site as thoroughly as possible for a comprehensive view and effective progress monitoring.

Selecting the tools which are compatible with the appropriate photo formats, whether they be 360° or panoramic photos, will allow for the most effective tracking of progress as well as project collaboration across departments.

The challenge is, “360° photo”, “photo sphere”, and “panorama” are terms that are often used inter-changeably, potentially creating a little confusion – but what do they each mean and are there important differences?

Panoramas capture your view when looking straight ahead with your camera, then turning around once on a horizontal axis.

In contrast to 360° photos, not everything around you is captured on a panorama photo – what is below and above you will not be part of the capture.

“360° photo” and “Photo Sphere” are essentially two terms for the same concept.

When you take a 360° photo or photo sphere with your camera, you capture every angle around you, in every possible viewing direction. The final product can then be projected on the inside of a sphere without leaving any spaces uncaptured.

The most common way to create a 360° photo is with a 360° camera. Most 360° cameras have two opposing lenses which each capture a bit more than 180°. The camera stiches the two photos together automatically, which will give you a full 360° photo.

On a plain screen on your desktop PC, a 360° photo will look like this: 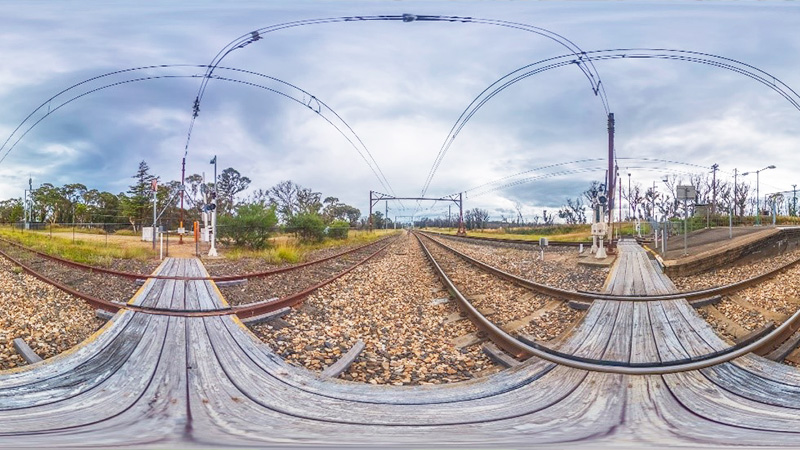 Meanwhile, a “360° panorama” refers to a fully 360° image, or sphere, so it’s a panorama that also shows floor and ceiling/ sky. which combines elements of both 360-degree photos and panoramic photography.

By using a dedicated construction management software or tool such as HoloBuilder, which leverages 360° reality capture technology, construction progress on-site can be easily tracked, enhancing collaboration between teams and providing remote access to the site at any time.

HoloBuilder allows you to upload any type of photo, be it a panoramic or 360° photo, to be viewed online.

Connected to a 360° camera via WIFI, HoloBuilder’s JobWalk app seamlessly takes 360° photos with just a tap and organizes them by location and time on the floor plan. After the capturing is done, everything is uploaded to the secure cloud so that you and your team can view the 360° photos in the web browser.

Once your photo has been uploaded onto HoloBuilder, you’ll be able to collaborate in the 360° environment: measure within the 360° photos, create markups, add PDFs, videos, notes, and more.

Bring it all together with HoloBuilder

With HoloBuilder’s seamless integrations with Autodesk, Revit® and Navisworks®, your 360° photos can be easily complemented with BIM model renderings in 360° to compare as-built progress with the plan.

The entire 360° representation of your jobsite can then be easily shared with teams across departments for effective collaboration. Once the project is completed, it can also be used as a rock solid as-built record for future operations and maintenance projects. 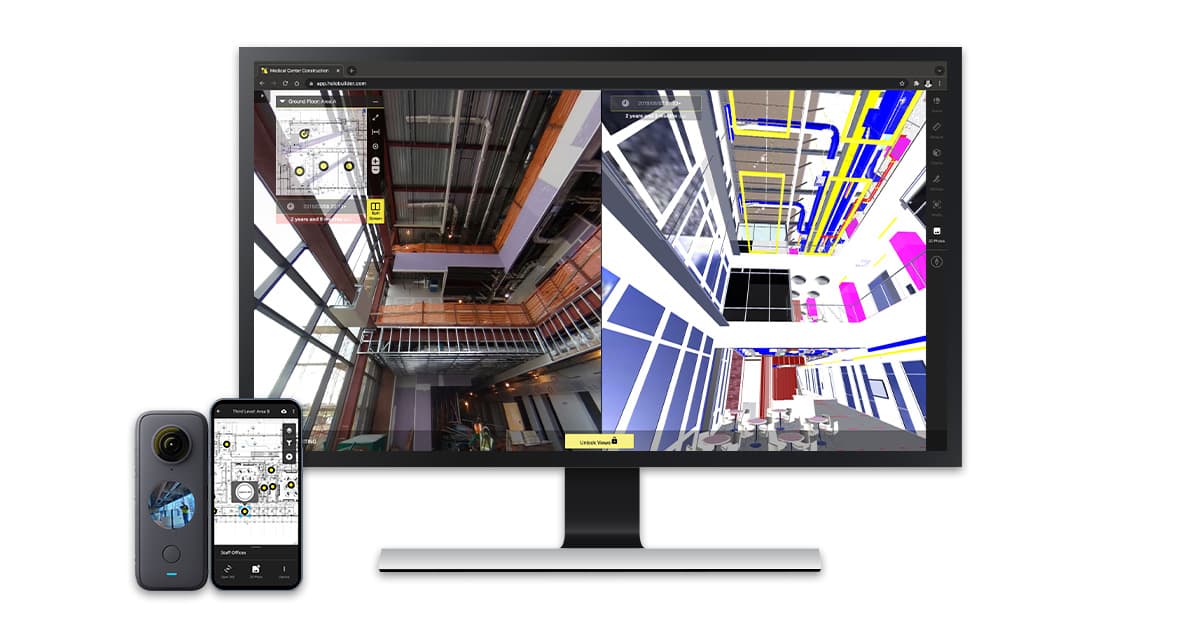 To learn more about how HoloBuilder can streamline your next workflow for easier construction progress monitoring, request a demo today!
REQUEST DEMO 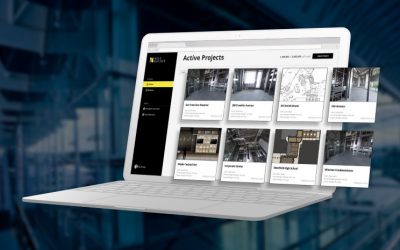 Setting up the software environment for construction projects in your organization should be fast and easy. Learn how to get started and align it with your company & team structure.

END_OF_DOCUMENT_TOKEN_TO_BE_REPLACED 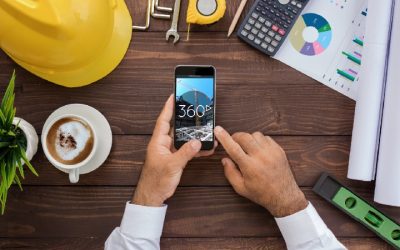 The report through the eyes of a reality capturing professional.